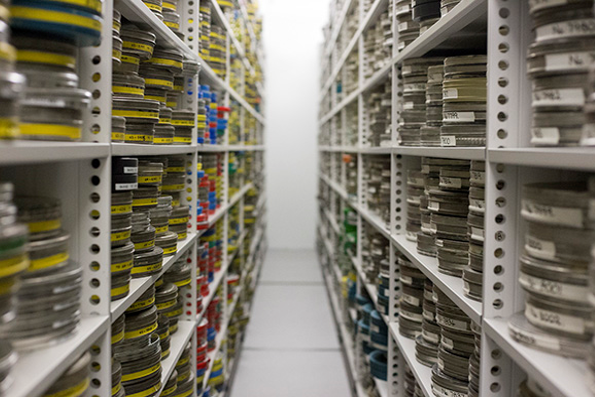 News Articles The Political Economy of Screen Archives: Innovation, Sustainability and the Value of Screen Heritage

The Political Economy of Screen Archives: Innovation, Sustainability and the Value of Screen Heritage

We are looking to recruit a doctoral researcher to an AHRC Collaborative Doctoral Award (CDA) between Birmingham City University, and the Media Archive for Central England. The successful applicant will work alongside Dr Oliver Carter at BCU, Dr Daniel Mutibwa from the University of Nottingham, and Dr Clare Watson and Richard Stenton from MACE.

Beyond the interpretation of individual texts or concern with the hierarchies and parameters of cultural traditions manifest in accession lists, this research project is concerned with the archival institution and questions of cultural value and sustainability. It is grounded intheoretical, historical and practical interest in the film and television archive –a subject rarely touched upon in contemporary accounts of policy (e.g. Doyle,2015). The researcher will aim to identify meaningful solutions in policy and practice for preservation and sustainability in the sector. Based at MACE yet outside of the everyday determinants and demands on the space of its personnel, the doctoral student will pursue lines of enquiry and provide a model of reflexive research and development in order to produce impactful insights for policymakers, intermediaries as well as those who make use of film and television repositories.

The research will consider the role of film archives framed by the political economy of culture (e.g. Jessop, 2008). This approach attends to the interests and agendas that push and pull at the value of film heritage and its marketization as part of a wider cultural economy explored in interdisciplinary fashion across geography (Leyshon, 2001; Bassettet al., 2002; Gibson et al., 2002), sociology (Gayand Pryke, 2002; Stevenson, 2003), media and communications studies (Cunningham,2001; Hesmondhalgh, 2002),and urban planning (Landry, 2000).

As is the case across the broader publicly funded cultural sector (Gray,2002; Belfiore, 2012), archival film is under an injunction to demonstrate its value: put to work in engagement projects, leading in digital models for expanding public consciousness, improving community cohesion and individual wellbeing or playing a part in generating new business income models. While resources for support diminishor are purposefully limited, moving image production and the demand to archive such materials is increasing exponentially.

The research is critical in providing a timely intervention that has the potential to impact directly on policy making and the future provision for the preservation of the nation’s historic film collections. In addition, while the economic expectations of policy press hard, the archive is subject also to a cultural politics concerning its traditional constitution and purpose (Gracy 2017; Brown, 2018) that will have to be addressed.

The doctoral researcher will thus devise a project that addresses, extends and adapts the following indicative research questionsthat seek to direct the research

The research will examine the nature of past and current film archive policy, of its promises, expectations and obligations for the sector, paying particular attention to the relationship between national and regional priorities. It will explore financing for the sector – of the rationale and mechanics in how funding is apportioned and income generated – and will explore specific case studies at MACE that enable an examination of business models and ideas for innovation. It will also work with concepts of cultural labour, expertise and value in assessing the role of the archivist and indeed, the constitution of user-audiences.

The doctoral researcher will engage with archivists and practices across the sector. The research project will be empirically focussed on the role of MACE as a regional screen archive, and engage with its partners as part of a wider landscape through its relationship with BFI and national policy objectives alongside the role of MACE’s Director as Chair of the national representative organisation for the sector, Film Archives UK. Research will commence in September 2020. It is envisaged that the researcher will be on site at MACE for up to 50% of the four years of study with the opportunity for activity articulated in blocks as month-long work placements and/or on a day/week basis. Research methods will include policy analysis, organisational ethnography, interviews with cultural workers and audiences. There is potential for practice-based work and innovation will take place in the approach to secondary research in scoping out and synthesising grey literature, archival theory and current work across several disciplinary fields that is concerned with in cultural organisations, policy and economics.

To find out more:

All News
More from Oliver Carter