In April 2019, I made my second trip to the Merril Collection of Science Fiction, Speculation & Fantasy, one of the special collections at the Toronto Public Library in Canada. The first visit, in March 2018, was supported by BCMCR, and the second supported by BCU’s Go Global mobility fund.

Housed at the architecturally-interesting Lillian H. Smith Public Library alongside the Osborne Collection of Early Children’s Books and circulating collections of sf/f and children’s books, the Merril Collection’s 80,000 objects represent a range of published fiction, letters, role-playing game manuals, and hundreds of uncatalogued fanzines. The materials are not digitised, so the only way to access them is by visiting in person.

While I have had experience at other archives, I was surprised to discover that accessing the Merril Collection had few barriers beyond needing to be physically present in Toronto. As they are part of a public library system, their study room and collections are open to the public, not just academics with current institutional affiliations. This is great for students and independent scholars, who can often face barriers when trying to access primary source material. 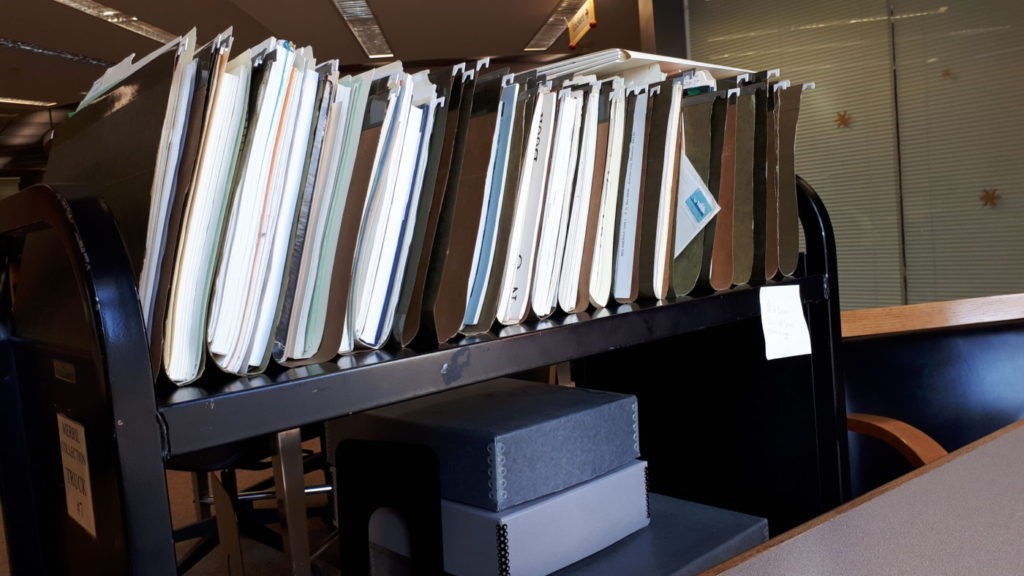 On my first visit in 2018, I primarily looked through folders of World Science Fiction Convention (Worldcon) documentation, focusing on programme and scheduling information covering 1975-1999. This was not a directed search, to support a specific commissioned project, but rather because I was simply curious about the kinds of panels and workshops that had been part of Worldcons through time. I also requested a few other items, some suggested by the Collection staff, one of which was a letterzine that has proved to be a significant periodical in my ongoing research. Its narrativisation of convention activity – in con reports – are a fantastic documentation of how fans at conventions might reflect on their experiences. 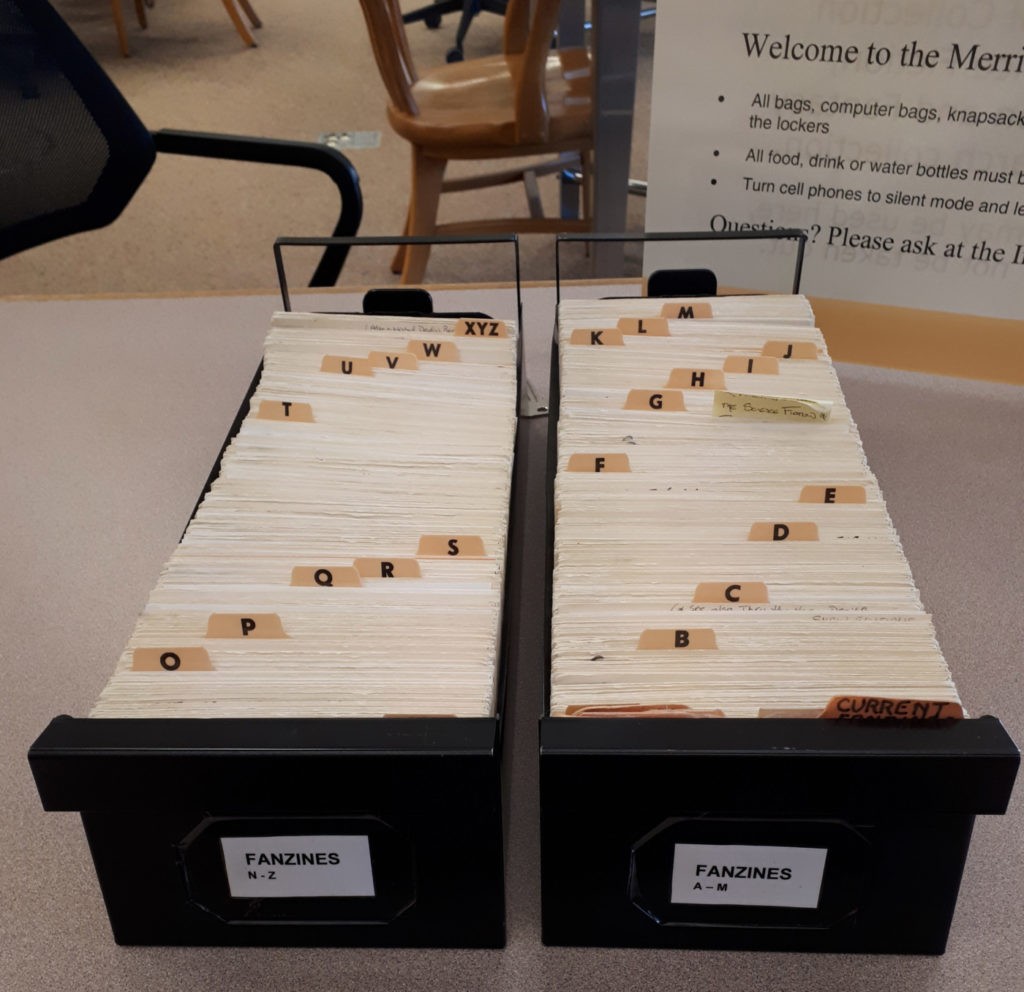 During my 2019 visit, I spent four days in the archive and I read through thousands of pages of fanzines. This time, I was looking for discussions of videotape, and made educated guesses about what titles to request from the index, which is found across two drawers of cards. I did occasionally get distracted by compelling titles in the fanzine index, but even titles beyond the likely range of my search (a delightful 1940s horror comedy zine, for example) were still fascinating objects to encounter. While I did find a few mentions of the kind of activity I was anticipating, I think the narrative that will arise from this archival work will be less about historical precedents for binge-watching alone, and more about how that way of using videotape is part of a wider set of practices and uses of videotape by media fans in the 80s and 90s.