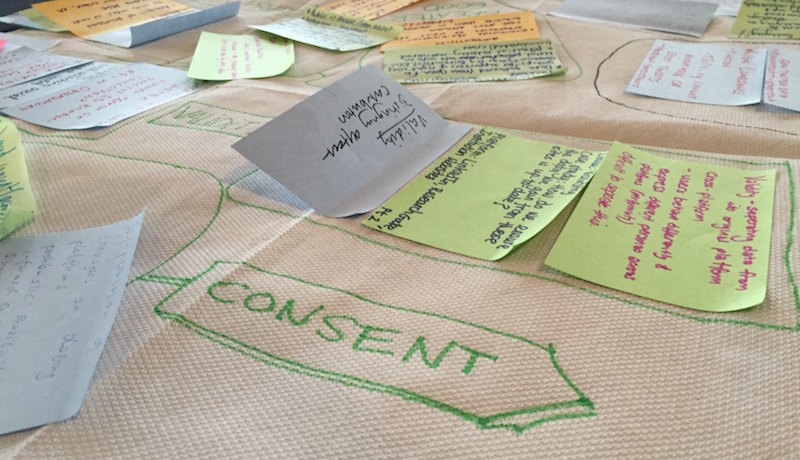 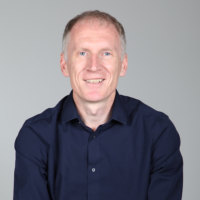 The aim was to: “share knowledge and best practice in order to inform our own and others’ practices when working with social media data, with a focus on key areas including privacy, informed consent and risk.”

The intended outcome is a new ethical framework with guidelines for best practice in social media research. There’s plenty of guidance for ‘internet research’ (list at bottom of this post) but little for social media.

We came to the view that the guidelines would involve some case studies that could be referred to on the basis of a decision flow chart. We imagined their usefulness to be for a researcher trying to get their project through an ethics committee (something like: “what do you mean I can’t do it? I’ve adhered to the ‘Aberdeen Protocols’”). The workshop was the first step towards that aim and involved getting our initial messy thoughts onto lots of poster paper and post-it notes.

Here are some, but not all, of the issues that cropped up in the two-day discussion among a mix of social science and media researchers, funders and even an academic librarian.

We worked through issues as a series of questions so I’ll set some out here:

This is just a glimpse of some of the topics we discussed. It’s certainly an area that seems to divide opinion with some in the room feeling that consent was needed for everything, whilst others were comfortable in making use of any public social media update. What was missing of course was the voice of those who are subject to the research. To hear that you should read NatCen’s excellent report on users’ views.

I’ll hopefully report on the tangible outcome in due course in whatever form it takes.

Who cares? Practical ethics and the problem of underage users on social networking sites