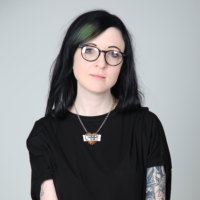 RubberDoll and the Queer art of Failure, AAG 2016, San Francisco

In March I travelled to San Francisco to present my research paper ‘RubberDoll and the Queer art of Failure’ at the Association of American Geographers Annual Meeting. My paper was part of the panel sessions called Sex in the City: Reactionism, Resistance and Revolt (#geosex16). There were five sessions over two days covering a range of topics relating to sex work, sexuality, identity and policy, all informed by (human) geography and cultural studies. Importantly sex workers were actively part of the panel sessions and discussions.

The sessions brought together early career researchers, sex workers, sex worker academics, PhD researchers and established academics. The range of papers and the inclusivity of topics, people and themes made the whole Geosex16 experience extremely lively, immersive and politically significant. I really enjoyed hearing critical perspectives on sex work experiences, the political ramifications of censorship, and the importance of carving out space for a range of sexualities, identities and experiences to exist. These accounts have added to my commitment to supporting sex workers rights, but also in developing debates, theory and methods around identity politics, alternative sexualities and women’s entrepreneurship in the kink, porn and sex industries. 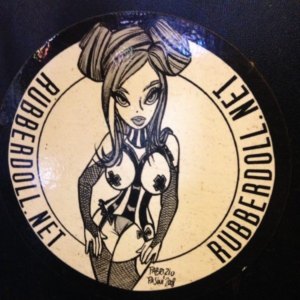 At the AAG, my paper examined RubberDoll, who is a fetish model, performer and dancer based in Florida. Through exploring RubberDoll (her performance repertoire, self-management and her sexual desires), the paper argued that alternative femininities should be valued as socially and politically significant, because women like RubberDoll are actively producing alternative routes to success. This idea of success connects to employment, creativity and the carving out of space for her femininity and sexual identity to exist in her own terms. This is particularly important as women like RubberDoll are often dismissed as dangerous and failing femininity, but also seen as lacking value because of their life choices and sexual identity. The paper drew upon aspects of The Queer Art of Failure (2011) by Jack Halberstam, and artistic gendered activism to critique RubberDoll, specifically what can be learnt from RubberDoll’s own words, her entrepreneurial empire and performance art. The paper argued that RubberDoll’s entrepreneurial skills and self-management of her own kinky-latex empire, are important factors to consider when re-examining the gendered and political significance of alternative femininities. The paper explored how entrepreneurship – in this context – is not just a positive and creative means to support alternative pathways to employment, but it can also be considered as counter public.

To read more about the papers presented at the Geosex16 sessions at the conference, please visit Dr Emily Coopers blog. There are five posts overall detailing all sessions and papers: https://ecooper2site.wordpress.com/2016/04/21/sex-in-the-city-reactionism-resistance-and-revolt-aag-geosex16-sessions-in-san-francisco-marchapril-2016-post-15-session-i/. You can also explore themes and responses on Twitter via the hashtags #geosex16 #geosex2016.