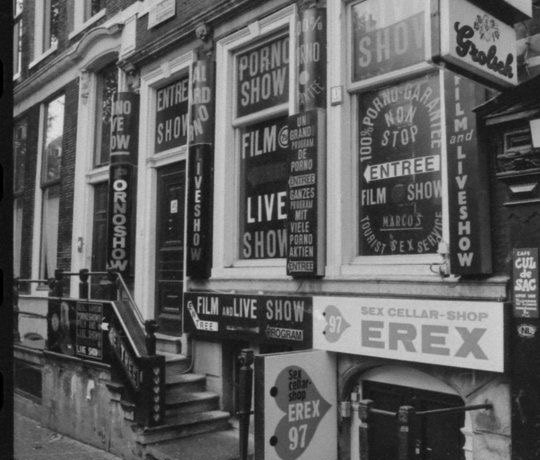 In the UK it was illegal to sell anything more than pin-up photographs and nudie films; but far stronger material could be found in the back rooms of Soho’s bookshops, where the vice police took monthly bribes to look the other way. Such was the demand for Soho’s 8mm ‘rollers’ that Michael Muldoon (aka Mike Freeman) started exporting them to Amsterdam in the mid-1960s, until he was arrested by the Dutch police when one of his couriers was intercepted entering the Netherlands with a suitcase full of stock. Eventually the emergence of legitimate pornography corporations in Europe killed demand for Soho porn but British photographers continued to work for Dutch, Danish and Scandinavian publishers.

With funding provided by the British Academy, researcher Dr Oliver Carter visited Amsterdam to uncover the secretive story of the trade in pornography between the Netherlands and Britain. He met with people who were involved in the pornography business from the 1960s to the 1990s.

This event is part of a wider project funded by the British Academy which explores the transnational development of the British pornography business, focusing specifically on its relationship with the Netherlands and Scandinavia.

The objectives of the project are to: