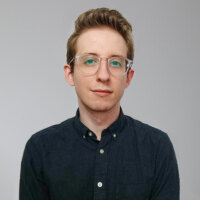 A longer form of this post can be located at my personal blog: https://morethanhotcoffee.wordpress.com/2022/03/01/a-musings-on-a-research-theme-disruption/

Provoked by my own love for the idea of “chaos,” in my research into the abyss that is sex in video games,  I have been thinking about how sex and sexuality attribute to kinds of disruption within gaming, especially when it was not existent in the space originally.

Fairly recently, I had the pleasure of being an audience member (a virtual one) at a conference held by the MultiPlay network. The topic of this conference was revolved around “Sex and Romance in Video Games” — a theme “totally unrelated” to my own research. The conference had short presentations, each taking the theme to the context of their own research ranging from “romancing characters’ to BDSM simulations. But there was one part that I found particularly thought-provoking that led to this blog post: the keynote presentation.  One of the elements to the keynote was a discussion around the use of ‘mods’ in the sexual experience of games.

Mods: modifications made (primarily) by gamers, developers and alike, that bring about a change in how a game operates or is presented (Sotamaa, 2010; Wysocki, 2015). Thinking to disruption, saying the word outloud almost sounds negative as it alludes to a kind of ‘disturbance’ in an ‘accepted state’ – something occurs that ruins the “moment.” So if ‘modding’ brings about a change within a game’s ‘state,’ then is modding not a form of disruption? So then, the act of modifying a game – whether changing mechanics for fun, desiring a particular character appearance, or even fixing problems neglected by developers – is itself a form of  disruption. Through ‘modding’ a game, a new experience is made for players that wasn’t originally there (Postigo, 2008: 60) – disruption must have value then, as it has transformed our interaction within the game, most likely for the better.

My personal perspective of modding aligns with the idea that it allows for more interaction from fans that ultimately becomes a meaningful and valuable output (see Sotamaa, 2010; Hong, 2013; Hong and Chen, 2014) – especially when ‘modders’ solve issues neglected by a developer or offer an experience absent from the game originally. Yet much of the industry finds modding disruptive in a negative sense, as by using ‘modded content’ you are found to be in violation of an End User Licence Agreement (EULA) (Wysocki, 2015: 208). So generally, the view of mods in terms of its disruption is dependent on your position.

Modding, though, brings about a new engagement and it is within this overlap of sex, sexuality and modding that I am most interested in discussion the idea of disruption. Sex in game spaces has disrupted our interaction in a myriad of ways: birthed relationships, brought about socio-political change, or even be utilised as a weapon of violence. This is not just something particularly based within modern video games, as these behaviours go even further back to the days of Multi-User Dungeons (MUDs) and the early online networks (see Brathwaite, 2013). However, the use of mods that feature sexual content – or any employing aspects relating to sexuality – has resulted in the emergence of sex within games that it did not feature originally. Already we can start to pull the threads of disruption at this as there has once again been a change in the “norm” of the game. The most infamous example I could offer immediately is the GTA: San Andreas “Hot Coffee” mod, where players were able to access a minigame that featured a playable sex scene.

Modders have gone to further lengths by creating nude skins, create their own relationship and sex mechanics and more for games that did not feature any. It is not inaccurate to state that the mainstream industry is quite prudish when it comes to sex – rating boards, censorship, and other structures that have aided in viewing sex as obscene and taboo. That is not to say that all sexual mods are “appropriate” but my point is that through these mods, the game space has been disrupted to bring out a form of sexuality. I return to the conference’s keynote speech: modders are themselves content-producers and through the use of sexual mods are either expanding the “reach” of games or providing some form of juvenile entertainment (see Wysocki, 2015 – keynote speaker).

‘Modders undertake this labor to add content they desire to engage in, which they feel is missing from their gaming experience. If the developers will not program it in, they will put in the time to ensure that they get it’ (Wysocki, 2015: 206-207). If a game is not providing an adequate sexual experience for players, then players bring it upon themselves to generate the experience, especially with an industry that still has its reservations about sex and sexual subculture. There are some sexual mods that can be just as disruptive and damaging to our play experience, and ourselves. The point I am trying to get at is that the generation of sexual mods shows a desire for their place in video games – and players are willing to disrupt the “original state” of the game to get it. Having the inclusion of sexual mods has allowed for sexual identities to exist within the space of games in a way previously inaccessible to them, approaches and interaction to games has changed. People, players and alike, have found a new value in this disruptive practice of modding: sexual liberation and expression. Yes, it is not perfect and always ‘positive’ but the general idea of modding bringing about a form of identity and culture in a space that had sought to deny them of it is a pretty meaningful idea, especially when sexuality has had a difficult relationship with games.

So, then, can we not think of (sexual) modding as a disruptive kind of practice that allows the emergence of explicit sexuality to exist?