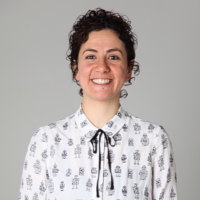 This project is designed to tell the stories of Congolese servicemen of the First World War.

Working closely with the Voices of War & Peace Engagement Centre, the HLF, and community partner the African Community Heritage Hub (ACHH), this project is led by Dima Saber and Charlotte Stevens (BCMCR), and looks at unacknowledged black contributions to wars of European origins, with a focus on the Great War.

Building on the hub’s networks within black, African and Caribbean communities in Birmingham and in the West Midlands, we are trying to localise and connect with descendants and living relatives of black poppies (using S. Bourne’s [2014] concept for black soldiers who fought alongside the British armed forces) who served in the 1914-18 war. We are supporting the hub to train 5-7 young volunteers as part of a Training of Trainers (ToT) programme in photography, visual and digital storytelling techniques who will then document forgotten stories of these black servicemen through a series of interviews with their relatives, friends and connections in the UK and back home, both face-to-face and online. These photographs and digital narratives will form the basis of an exhibition to be launched at an end of project ‘Black Community Day’ event which will take place on November 11, 2016.

The ACHH has already identified, through its own networks, two Midlands-based relatives of Congolese soldiers who were part of the Eastern Africa Campaign Front. This pilot project will support the hub to uncover at least three others, and to document their stories through photographic and digital narratives.

The first training workshop took place on June 23rd, 2016. Led by Andrew Jackson of SomeCities. This was the first of three planned sessions to introduce and build skills in photography and digital storytelling. In the workshop, Andrew led three participants through the various functions of their cameras, and guided them on a walk around Balsall Heath in order to put this new theory into practice. The workshop finished with a review of photos taken on the walk and further discussion of how to select and arrange the pictures in order to construct a narrative. More workshops are planned to further these skills, and to include an expanded number of participants.

Andrew opened the workshop by asking our participants how and why they already take pictures – using mobile phone to take selfies, to record the day’s outfit, in order to remember something – and then introduced the digital compact camera. After taking a few shots around the room using the AUTO setting, Andrew started to introduce the camera’s manual functions. He demonstrated the kinds of artistic effects that can be the result of carefully considering shutter speed, aperture size, and other manual settings. At first, using manual settings seems like more bother than it’s worth – a picture is a picture, right? – but Andrew showed what a difference these settings can make in determining how a photograph can be read, and what meanings it can communicate.

After some intense theory, it was time for a walk around the neighbourhood to put everything into practice. At first it was clear the participants were concerned about doing things right; Andrew’s advice was to take as many photographs as possible – for example, capturing the same subject from different angles – so as to have a good number of options out of which to build their narrative. As the walk went on, the participants did get more and more comfortable with their task, taking advantage of the clear weather to start seeing the streets as photographers.

After the walk concluded, Andrew led the participants through evaluating and selecting which photographs to use to tell their stories. The final section of the workshop was an overview of portraiture, in which Andrew shared some of his own work and shared some strategies for putting a portrait subject at ease in order to make a meaningful and evocative photograph.

The participants will use these cameras for the duration of the project, taking them on long-term loan until next workshop in the early fall. It was exciting to see this workshop happen, to see young people gaining transferable skills to help them get involved in telling stories about their community.

One of the objectives of Minding Black Histories in War Times is to map out complementary work on African and West Indies involvement in the WW1 being undertaken in the West Midlands and nationally. In addition to recent academic presentations/outputs, there are a number of community organisations (many of whom are funded through the HLF) seeking to uncover hidden histories of black wartime service.

Two recent events brought together different groups working in this area. First was the launch of an HLF-funded They Also Served: Uncovering the Experiences of African and Caribbean Servicemen During the Great War, a project run by Churches Together in England and managed by Dr Angelina Osborne. Dr Osborne has been doing research at the National Archives (War Office and Colonial Office), and will be visiting other archives. As it’s a church-led project, one of the central research questions is about the role of clergy in either encouraging or discouraging enlistment. They’re planning a mobile exhibition, workshops in churches, and producing a DVD as well as a book. The push will be to get the stories of black soldiers into black communities, via churches in the Midlands to start, and with other groups in future.

A number of presenters – for example, BlackPoppyRose, Recognize, and Why Are West Indians in this Country? – have been working on different aspects of black military history and remembrance thereof prior to the current wave of Great War centenary activity. Throughout the day, there was a concerted refutation of a persistent narrative that the non-combatant roles held by a significant proportion of black servicemen were somehow lesser than other forms of military service; all service is equally deserving of respect and remembrance, as is recognition of the effect of Great War military campaigns on women, children, and the environment of African communities.

More pictures from both events:

In response to connecting with these groups, we hosted on September 30 the Minding Black Histories in War Times Community Development Day, in which 20+ academics, community researchers, and funding reps came together for a day of discussions and presentations. When first proposed, we presumed it would be a chance to bring black history groups together to share their experiences. Happily, over the course of the project, it became apparent that many of these connections had already been made.

As a result, the focus of the day shifted to be a chance to have a sustained conversation around some of the questions and challenges about practice, public engagement, and impact, especially in terms of the design and delivery of co-produced/community-led research projects.  This was most certainly the case, as everyone who attended – whether they gave presentations or not – offered valuable contributions around themes of education, sustainability, and effective engagement.

Discussion between presentations was interesting and passionate; the vast majority of participants were still in the room almost an hour after the event had ended, for informal chat and networking.

A key outcome of the event will be starting up a network, to be collectively administered, where community organisations can stay in touch, share resources and research, publicise events, and build more extensive connections. The optimal platform for this is yet to be decided, but it is in progress, and will be shared with participants in due course.

Miguel Jose, of the African Community Heritage Hub (the community partner on Minding Black Histories), invited four of his youth volunteers to join us at the Community Development Day. These young people are in the process of creating material for our exhibition next month; they used their technical skills to take photos and video during the day. Most gratifying, however, was that during the second workshop, which took place in the week following the CDD, they reported that they had not been aware that so many different people were working on popularising stories of black soldiers and black histories of the First World War. These volunteers are exactly the kind of people we hope this project will reach, and their response is exactly the kind of revelation we hope to provoke.

The day’s agenda may be viewed at this link. A Storify of tweets made during the day can be found here, and we’ve created an album on Flickr to document upcoming events and activities here.

The project is live until early December, so keep an eye here for more updates on upcoming workshops and on our Minding Black Histories Exhibition in November. We will also be posting updates on a journal article we’re currently writing as an attempt to map main opportunities and challenges connected to co-designed and co-produced research projects.