Research Lady Gaga and her Performance of Posthumanism 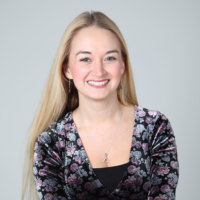 Lady Gaga and her Performance of Posthumanism

The Met Gala theme of “camp” for 2019 signified a variety of hits, but more misses, from celebrity guests. Whilst some took camp to the correct extremes, others seemed to flop in the face of this nebulous theme. Lady Gaga was one whose outfits fell somewhere in between, a surprising turn of events given the drag looks and campy styles she has been known for in the past. While her original overlarge outfit spoke to the exaggeration and political playfulness of camp, the revelations to sleeker and lesser dresses seemed like a dressing-down, rather than a camping-up, as she moved to an elegant black dress, a pink bodycon, and finally a black lingerie number where the only remarkable thing was the height of the heels. Dr Nathalie Weidhase (Bournemouth Univesity) and I were interested in the way this seemed emblematic of Gaga’s career as a whole: as a musician, Lady Gaga has dominated the popular culture scene for a decade. Yet 10 years after her colourful and eccentric entrance into the pop scene with ‘Just Dance’, Gaga’s image is now markedly pared down, in part due to her current focus on her acting career (which requires a different image).

In her musical work, Gaga is known for referencing previous artists in her music and music videos, and she has previously pushed the boundaries of what can be considered “art”. Dr Nathalie Weidhase (who has previously written about Gaga as an example of the female dandy) and I (specialising in posthuman subjectivity) started to consider the ways in which this bricolage of influences and her often provocative aesthetic suggests a posthuman approach to art and subjectivity.  In the posthuman view, ones “self” is not a singular, static, autonomous individual, but a subjectivity that is emergent, an entanglement between entities, both human and non-human. Boundaries between subject and object are disrupted, and we are composed of a multitude of intra-acting components. We suggest that Lady Gaga’s work on her 2013 album Artpop is emblematic of this approach, as Gaga fashions her body to resemble artworks, and wears visual references to previous artists.

There are a variety of imaginations of chimeras within Gaga’s work, and this could be suggestive of a provocative posthumanism. Who are humans, without the bodies that they have come to be known for? Is this hybridisation in some way post-anthropocentric – displacing the “humanness” of Gaga and instead attaching, affixing, and interweaving it with the animal-other, suggesting a more primal being, a rejection of cultural idolisations of the human form?

The emergence of different experiments in being and subjectivity throughout Gaga’s earlier works suggests something of a posthuman exploration. Her art seems to provoke in order to create, and at times this hybridisation does seem provocative regarding our pre-existing hybridities. Even the aforementioned height of her shoes that continually augment her “natural” height seem exaggerated in a way that demands draw attention being drawn to the ways in which we do not stop at the boundary of the skin, and instead incorporate “other” materials into our sense and performance of “self”.

In this way Gaga’s work provokes a number of questions around the sanctity of the self, but her shifting shaping of subjectivity from once radical, emergent, and binary defiant, to a more subdued artist, seems to backtrack, and utilise the “authenticity” trope we thought she had cast aside in a sceptical throw long ago. Through Gaga’s sedate reinvention of “self” through her performance of Allie in the 2018 film A Star Is Born, this naturalised, make up free, brunette figure of the character has bled into her other performances of self, epitomised in reporting such as “Mother Monster has been looking all demure lately, stepping out in chic dresses with preened hair and pretty make-up.” (CapitalFM 2019) and “A style chameleon ever since she first burst onto the zeitgeist in a homemade disco-mirrored bra, she has embraced this new phase in her career through her wardrobe, going full Hollywood glam on one press tour stop after another” (Sollosi and Morgan 2019). Thus, returning to full circle with Gaga’s Met Ball “reveal” the event seems somewhat indicative of her own journey. Once over the top, larger than life, augmented and altered, she strips away these augmentations to leave a presumed more “authentic” pared down version of selfhood, rejecting her earlier, apparent scepticism of this humanistic model. Whilst, as Tufekci (2012) states, ‘we have always been posthuman’, perhaps Gaga’s current return to more muted performance styles might be seen as indicative of the difficulties of expressing a posthuman life in a humanistic society.

The New Reflections on Fashioning Identities conference convened by Dr Theodora Thomadaki at University of Roehampton in June 2019 allowed Dr Nathalie Weidhase and I the opportunity to begin to explore these ideas, looking at the ways in which Lady Gaga’s fashion choices and cultural references speak to different forms of bricolage and identity. The conference saw a fantastic lineup which was kicked off with a timely keynote from Dr Shaun Cole on “Coming Out” and fitting in: the role of dress and style in fashioning gay men’s identities. This talk set the tone for the tone through its intriguing exploration of spoken word testimony and empirical evidence, considering the identities of certain gay subcultures, and the ways in which fashion spoke to, and signified that identity to others. The rest of the conference lived up to these provocations – exploring the cultural significance of fashion, the ways in which it feeds into and is fed by society. Particular highlights included the work of Dr Rona Murray on RuPaul’s Drag Race and Casci Richie on The Artist Formerly Known as Prince. The event was rounded off with a conversation between Dr Thomadaki and Gok Wan, presenter of How To Look Good Naked, concerning her work, his portfolio, and the changing face of fashion.

Sollosi, M. and Morgan, L. (2019) ‘All of Lady Gaga’s looks on the A Star Is Born press tour’, Entertainment Weekly. Available from https://ew.com/movies/lady-gaga-star-is-born-fashion-press-tour/ (accessed 8 June 2019).

Tufekci, Z. (2012) ‘We Were Always Human’. in Human No More: Digital Subjectivities, Unhuman Subjects, and the End of Anthropology. ed. by Whitehead, N. L. and Wesch, M. Boulder: University Press of Colorado, 33-47.