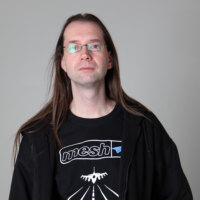 I have been working with Maria O’Brien, of Queen’s University Belfast, on an ongoing project looking at cultural tests in the European Union. This builds on my own research on British video games and Maria’s work on audiovisual policy in Ireland. Our joint work has so far resulted in some conference contributions (at ACMC2021, and forthcoming at IAMCR 2021), and we’ve still got plenty to explore!

Cultural tests are generally part of national or regional grant and incentive programmes, and must be passed successfully in order for funding or support to be made available. They usually specify criteria around cultural content (such as the setting and language of a film), and sometimes also incorporate production requirements (such as the nationality of a film’s cast and crew, or the use of local post-production services).

They are put in place to regulate access to State aid under the provisions of Article 107(3)(d) of the Treaty on the Functioning of the European Union. Article 107 is concerned with the idea that support or advantage provided by EU Member States (for example through grants, tax credits, or other investment) to those involved in commercial activity has the capacity to distort competition in the internal market. Yet it is also accepted – in 107(3) – that there are cases where such aid is legitimate, and that sometimes Member States may need to provide support to certain commercial activities. In particular, the preservation of national culture is seen as important, and Article 107(3)(d) allows specifically for ‘aid to promote culture and heritage conservation’.

Cultural tests, then, are used to ensure that aid is only given to activities which are sufficiently ‘cultural’. While there have been tensions around this in the past (for example around the UK’s cultural test in 2005), the principle of subsidiarity means that these tests are by and large a matter for national governments rather than the European Commission. As we might expect, tests have been put in place to govern a variety of support given to the creative industries, in particular to the film industry, but also to areas including (high-end) television, animation and video games. In the UK, the video games tax relief (VGTR) scheme was introduced in 2014 as part of a suite of creative industries tax reliefs, and has its own cultural test. This test is administered by the British Film Institute, and grows out of, but is different from, the test for film.

What interests me here is not simply that these tests exist, or that they exist for games, but that they involve a number of game-like qualities. Cultural tests provide a set of ideas about what culture is, and what culture can be, which are engaged with both through the completion of the test and its assessment by the relevant national or regional body. This echoes the well-established principles of ‘procedural rhetoric’ (Bogost 2007): the process of the test uses selective criteria and a series of propositions about cultural work to make arguments about culture.

Many such tests are what we might call ‘weighted tests’ – these are tests which allocate different amounts of points to different criteria. This is the case with all of the UK tests, as it is with the majority of the 26 tests that Maria and I have looked at so far. It is not necessary, then, to score all of the points on these tests, merely enough to pass. To pass the current test for VGTR, you need to score 16 of a possible 31 points, and there is no virtue in obtaining a score higher than 16. It is, though, possible to optimise your route through the test should you so choose, with careful attention to the criteria and to how your creative project is structured and staffed.

So weighted tests in this mode are not generally about high scoring, although in a few cases – for example the cultural test for the Portuguese Cinematographic and Audiovisual Production Incentive (see Articles 7 & 8, and Addendum II) – a higher score can result in additional support. In all cases, though, the scoring structures signal that not all criteria are of equal importance. They privilege (allocate more points for) some cultural elements above others, and thus articulate a hierarchy which encourages some approaches more than others.

In an environment where optimised behaviour is rewarded, we can expect players – here, creative businesses – to respond to the structures before them. This can be problematic, as scoring structures can overly restrict ‘successful’ play to a narrow range of options, understood as the ‘right way’ to play the game. In the historical board game Britannia, for example, the largest numbers of points are allocated for reproducing a defined narrative of British history, represented by specific peoples controlling specific territories at specific dates. As one reviewer observes: ‘it isn’t just history that’s written by the victors; it’s the scoring rules too’.

To make a game competitive, game designers will often seek to mitigate the impact of ‘high scoring’ components through balancing mechanisms, for example by increasing the risk of choosing a high-value option (e.g. gambling) or by incorporating diminishing returns. To the extent that cultural tests do this, they do so by requiring minimum scores in particular test sections (say, a minimum number of points in the ‘cultural content’ section), or by adding conditions which restrict eligible combinations of points (for example, the VGTR test includes ‘Undetermined Location’ and ‘Golden Points’ rules).

We should, however, remember, that cultural tests are themselves effectively game-balancing mechanisms, intended to manage player (Member State) behaviour in the internal market and mitigate competitive advantage gained through the use of State aid. Cultural tests, therefore, are game-like, serve a game function, and are subject to gaming. The schemes they relate to incentivise cultural production; the tests themselves incentivise particular interpretations of culture.