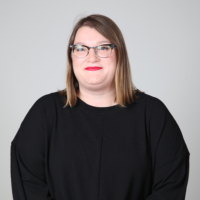 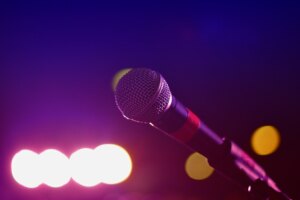 Over the last week there have been some significant interventions via social media into the US, UK and Irish comedy circuits. All instances have directly related to abuses of power. As my research is directly concerned with live comedy and issues of gender, I present here some fairly informal initial thoughts on why live comedy continues to be a difficult place for women.

This particular moment has been provoked by a combination of things. The reporting of comic and actor Chis D’elia’s behaviour with underaged fans and the resurfacing of footage from The Joe Rogan Experience podcast (from 2011), in which comedian Joey Diaz talks about forcing women comics to perform oral sex on him in exchange for assistance furthering their careers (referring to this practice as ‘the fucking gateway to Hollywood’). The mind-blowing ease with which Diaz wheels out this story on the podcast, and the way the other male guests (including Rogan, the host) laugh along with each other is genuinely disturbing. As a result of the press attention (and the sharing of this footage via Twitter), the US (where the two examples above originate), UK and Irish comedy scenes are coming under scrutiny. What is of course disconcerting is that so few people (mostly women) working in this industry are surprised…. And those people that are surprised need to really think about why this is.

Women have come forward via social media with tales of abuses of power, sexual assault and the numerous ways in which people have exploited and disadvantaged them and their careers. As someone who isn’t a comic, but has spent the last 7 years researching the UK comedy circuit and its inclusion (and marginalisation) of women, I just thought I’d set out a few of the key things I observed as part of my study. I believe the points below highlight how the live comedy industry often creates the perfect environment for these abuses to occur.

1) The comic environment and ‘just-joking defence’:

Comedy is a place where taboos can be explored and norms subverted…. But it is also an art form that has a long history with gender/ racial/ homophobic and ableist stereotypes. Your ability as a performer (a freelancer) to make and sustain working relationships is key for being successful in this setting (‘who you know’ etc) – and this has meant that for a number of women trying to make a career in comedy, simply putting up with a lot of gendered challenges has become the norm. In society more widely, we still see in many instances of abuse or sexism (and racism) the classic ‘just joking’ rhetorical defence deployed to excuse inappropriate behaviour or language. So, when someone (say another comic or a promoter) crosses a line it’s easy for the abused party (the woman comic) to become the issue (they ‘don’t have a sense of humour’, they are ‘over-reacting’). The ‘joking around’ in a comedy context means inappropriateness can be snuck in easily and be really hard for someone to pin down as inappropriate. And the issue here is that to have a sense of humour in the comedy industry is literally a stand-up’s job, so it becomes about their professionalism really quickly. Opportunities for lines to be crossed or professional boundaries breached is, in many ways, baked into the context of live comic performance.

Up until relatively recently, women, when they were included in stand-up line-ups, worked alone. When I started my research project back in 2013 this came up all the time and is a key theme of my findings. It was felt that more than one woman was unnecessary as the box had been ticked – the quota of femaleness reached. This lone working for women comics is changing (indeed it has changed since my research began) but the issue with working alone is two-fold here in the way it relates to abuse of power. Firstly, it creates and upholds a power discrepancy – the woman is placed in the position of representing all women and therefore othered (by audiences and other comics on- and off-stage). The need to assimilate into a male dominated workplace is already a challenge, so those working in these environments already have to work harder to fit in / get on. Secondly in terms of maintaining a toxic working environment, divide and conquer is a textbook tactic. How are women supposed to know what is happening if they never get to work along-side each other? It’s the ideal space for gaslighting and making women doubt their experiences and blame themselves when things go wrong. Who do you turn to in moments where abuses of power are occurring? As comic Kiri Pritchard-McLean recently highlighted ‘Comedy doesn’t have a HR department’. Do you appeal to the other men in the space to step in and acknowledge the inappropriateness of the behaviour – you’ll be waiting a while (watch the clip of Diaz again – observe the affiliative laughter at the oral sex story). That’s the kicker here – in order for this to change it needs those in positions of power (especially men who continue to dominate) to step up and step in. It is not up to the oppressed or victimised parties in cases of abuse to make the change, or to put in the additional work to make the things better. This is an argument clearly relevant to the dismanteling of structural racism too, and of course it is important to acknowledge that black women and women of colour face additional challenges in these spaces.

There is hope. Women-led organisations and nights are pushing forward in reaction to the points I articulate above (The UK Women in Comedy Festival, Funny Women are providing specific spaces for women comics, and nights such as Kiri Pritchard-McLean’s Suspiciously Cheap Comedy and Sophie Duker’s Wacky Racists are trying to establish new and more inclusive environments (where this kind of behaviour would simply not fly). The recent establishment of the Live Comedy Association provides a newly established framework for collective action on matters such as this.

With the current pandemic causing a huge amount of problems for the performance industry (and with specific issues for comedy) an opportunity exists to develop a more inclusive circuit when live performance returns. Perhaps choosing to leave the sexism and abuse behind would be a good idea – the best start to that process would be to listen to what women are saying.