This blog post takes the place of my Game Cultures BCMCR research cluster work in progress presentation on 11 March 2020, which were cancelled due to the global health crisis.

With this short presentation I was planning to look at one particular Pokémon Go vid as a lens to reflect on physical spaces of play and the vid form as a conceptual space in which fans could remake narratives about play. This builds on work presented at Console-ing Passions (2018) and NECS (2017), and I was looking forward to continuing this at SCMS this year. These developing thoughts were organised around the theme for an SCMS panel, agency in digital culture, and the materialities focus for BCMCR in 19/20.

Just like fans make vids from film and television sources, so too do they vid games. Where film/tv vids are arguably about interpretation of a source text, games vids are about both interpretation and play. I acknowledge that those two keywords have their own complexities within games studies that I will unpack as this work develops.

Questions of materiality in video game play can be about a player’s body as it exists in physical space, and how it can be used to play the game, that is, how it uses apparatuses. While I was preparing this cluster presentation, Sebastian Svegaard reminded me of a point I raised at Console-ing Passions (in relation to a mobile game vid): that game vids capture an experience of gameplay and semiotic navigation, but they don’t capture the act of playing. The video capture accounts for what happens on the screen, but doesn’t record the player’s finger that directs the action, and loses the material embodiment of playing.

Pokémon Go offers a compelling case study as issues of body/space are present in a different way than with console or PC games, as its core mechanics require players to go outside and walk around. The vid in question presents the game as it was played, and captures discourses present during the height of its popularity. The vid is a form of cultural production that offers a video essay on the commentary that accumulated around this popular mobile game experience from 2016. 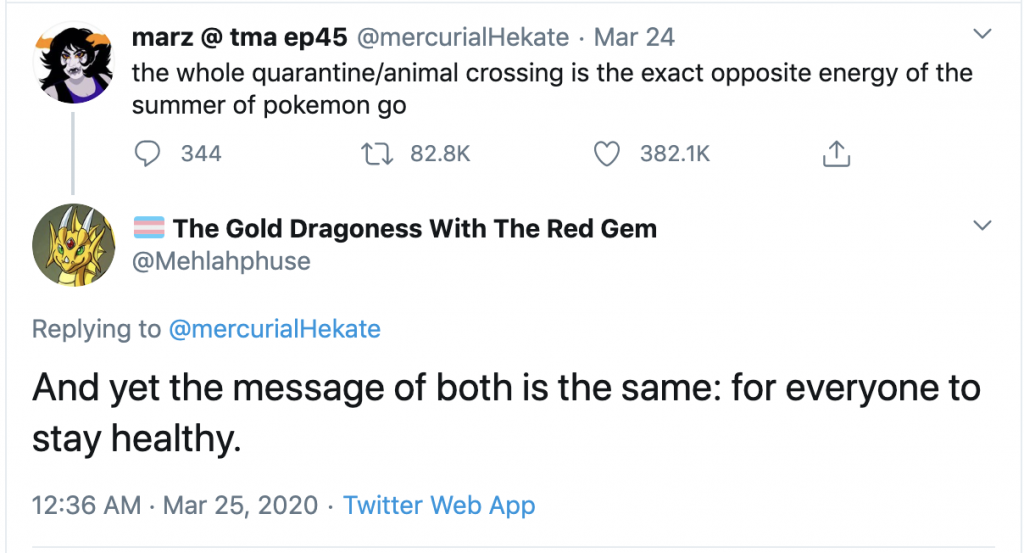 The Pokémon Go vid in question offers a range of possible inquiries around agency and digital games. For example, it highlights issues around a player’s agency in/with physical environment in the movement of bodies through space. There is also conceptual agency, in appropriation and textual productivity, where the vid form provides a structure through which to articulate the pleasures of the experience of playing Pokémon Go in a community of fellow players. And finally, there is the agency of meaning-making through the content of a games vid, recognising the interpretive acts of fans/players while they work through a game and reflect on it later.

In sum, games vids narrativize the experience of gameplay, in a manner distinct to other forms of player accounts. As records of gameplay, they can focus a conversation about materiality and agency; as memorialised interpretations, they capture individual accounts of what it was like to play that particular game.

If you’d like to hear more about this research, along with other works in progress from our Game Cultures cluster, look out for our upcoming online seminar. Details will be posted on our Events page.