On Friday the 8th of April, Birmingham City University hosted the 19th Charles Parker Day, an annual event run by the Charles Parker Archive Trust to honour his contribution to British radio. Charles Parker was an innovative BBC radio producer whose work on the “Radio Ballads” documentary series (1958 – 1963) helped to advance the radio documentary genre through its creative use of music and authentic voices. While COVID-19 postponed previous opportunities to hold the Charles Parker Day in person, Birmingham City University was pleased to host the 2022 event in the Parkside Building of the City Centre Campus, while simultaneously streaming it online (a recording is available here). Parker spent a great deal of his life living and working in Birmingham and the University is home to one of his personal tape editing units along with a collection of equipment used by Brian Vaughton, an associate of Parker’s who worked with him on the Birmingham Ballads series (1961 – 1962). 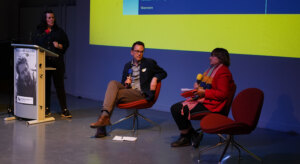 This year’s event was hosted by Kellie While, from independent production company 7Digital Creative, and featured contributions from Monica Whitlock, Jon Nicholls, Sean Cooney, Steven Rajam, and Sara Parker. I took the opportunity to pay tribute to Brian Vaughton, who passed away in Sept. 2020, and played excerpts from his documentaries “Cry from the Cut” and “The Jewellery”, along with a section from an interview I conducted with him in 2014, which discussed working with Parker.

Each year the Trust celebrates the work of students studying radio and awards a prize to the best student audio feature which “capture some of the timeless originality that Charles Parker brought to his programmes”. During the event, Simon Elmes, the chair of the judging panel, introduced this year’s nominees and announced Talia Augustidis as the overall Gold winner for 2022. It was also an opportunity to publicly recognise the work of previous award winners, Alex Morgan (2020) and Magdalena Moursy (2021) who won their Gold awards during the pandemic. In July 2022, the work of this year’s finalists will be broadcast as part of BBC Radio 4’s New Storytellers series. 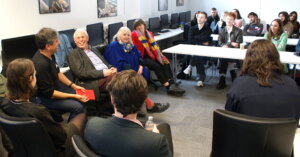 At the conclusion of the event, the attending students took part in a Masterclass which focused on the use of music in radio / podcast production. This session featured contributions from Sara Parker, Steven Rajam, Monica Whitlock, Jon Nicholls, Simon Elmes, Richard Power, and Andy Cartwright. 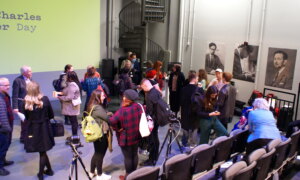 All News
More from Sam Coley