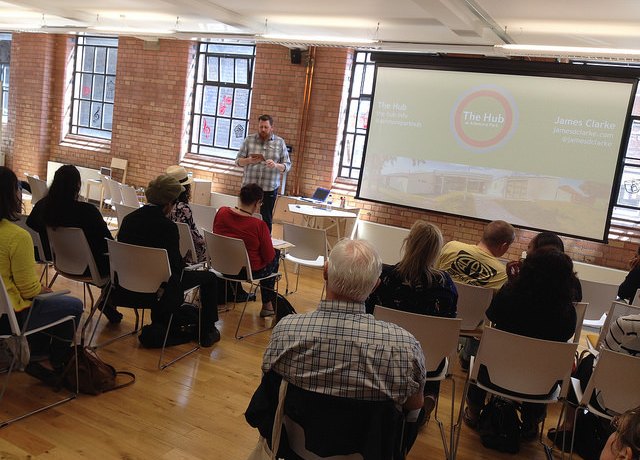 Research Some notes on running public engagement events, from our Creative Citizens Fair 2015

Some notes on running public engagement events, from our Creative Citizens Fair 2015

Saturday (June 27th) was the day of our Creative Citizens Fair. As with any event like this, we weren’t sure exactly how it would turn out. We had planned to the nth degree, invited, and sold out all our 100 tickets on Eventbrite, but still, you never know until the day.

We needn’t have worried.

Minimal teething troubles went largely unnoticed as people were caught up in the buzz of talks, workshops, stalls and generally useful conversations that made up the day. It is all too easy to be involved in research of themes such as creative citizenship without engaging with communities and ‘end users’ in this way, so it really helps demonstrate and illustrate the value of exploring these areas, and the need for these kinds of events. I’m not even going to mention the word ‘impact’ (ok so I did).

There’s been plenty of feedback about the event that I could share, and we may do an inevitable ‘what happened on the day’ type post, but I wanted to share a few notes given this was my first time organising such an event. I learned a lot: