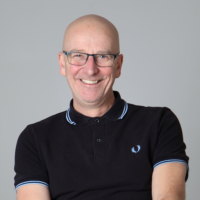 I am always excited at this time of year as it means that the Punk Scholars Network (PSN) annual conference is upon us. As general secretary of the PSN and member of the steering group, we are always encouraged by how PSN members volunteer to host the conference each year.

This year Paul Hollins, of the University of Bolton, hosted the conference at his institution. The PSN has already had a committed offer from Alistair ‘Gords’ Gordon from DMU to host next years conference with a focus on the relationship between punk and metal in the mid 1980’s. What is also encouraging is how each year the conference goes from strength to strength and this year was no exception. Held over 2 days the conference schedule had nigh on 50 presentations from both established academics and post grads at various stages of their doctoral research. Key notes included Martyn Ware of the Human League and Heaven 17,  art curator and historian Jane Palm-Gold, poet and co-founder member of New Model Army, Joolz Denby,  and a stimulating panel discussing  Punks, Feminism and the expression of female rage featuring Gaye Black a.k.a Gaye Advert from the legendary punk band The Adverts, Jane Palm-Gold, Joolz Denby and the PSN’s very own Jessica Schwartz, chaired by performance artist and academic Rebekka Kill.

With 40+ presentations from academics and students from a number of disciplines and places as far as Australia, USA, Turkey, Portugal, France, Holland Hungary, Austria and Romania, giving a true international flavour to the conference, it was inevitable that there would be parallel panels. I am not as big fan of conferences with parallel panels, as you miss so much of the great work in punk scholarship that is going on out there, however i got to hear and see some great scholarly work. As well as chairing a panel on punk aesthetics i also had the opportunity to present some ideas that I am working up into a chapter for my PhD, and the conference seemed like a great place to do this as I knew I would get some excellent support and feedback to enable me to develop the ideas.

My paper is entitled “The Cord Is Cut”: Exit Narratives of British Anarcho-punks 1978-1986.

Taking its title from 1980’s British anarcho-punk band Conflict, my paper sought to illuminate the reasons for an individual’s disassociation with a musical scene/subculture, specifically British anarcho-punk. Whilst work on subcultural membership is plentiful, and work on ageing within punk scenes and punk subcultures is increasing (e.g Bennett 2013; Haenfler 2012, Davis 2006), studies relating to the processes of exiting from punk scenes and punk subcultures are limited (e.g Haenfler 2004,  Debies-Carl 2014, Gordon u.p).I drew on a number of interviews from my ongoing doctoral research into past participant’s memories of their involvement within the British anarcho-punk scene (1978-1986), and its continuing significance in the life-course. Adapting Ebaugh’s (1988) framework of role exit and Gordon’s typology of member-exit practices in UK DiY punk culture,   I presented a discursive analysis of a number of interviews with past members of regional anarcho-punk scenes in the UK that, although geographically distinct, were connected through a much larger anarcho-punk network.  In doing so I aimed to address the omissions in punk literature as to why people exit punk scenes or punk subculture’ and build on the existing work about musical scene and sub-cultural identities and practices within life course transitions, the negotiation of ageing, fandom and identity  and the wider punk rock scenes.

In earlier chapters of my PhD research I argue for the importance of sub-cultural and scene belonging and engagement as being central to the construction of one’s sub-cultural identity, especially when that engagement takes place during adolescence. Meuss et al (1999)  suggest that adolescence is an important time for identity construction and the identity we construct during our adolescence tends to have the most influential and lasting impact on our subsequent identities. As we move through life we construct multiple identities often based around roles that we adopt and those we disengage from, or as Ebaugh (2008) suggests roles and identities we ‘exit’ from

Ebaugh suggests that role exit is “The process of disengagement from a role that is central to ones self-identity and the re-establishment of an identity in a new role that takes into account one’s ex-role”.  What is pertinent to my doctoral research is Ebaugh’s focus on identity and how that is constructed through the engagement with, and disengagement from roles and role identity and the notion of ‘residual identity’ that not only informs a new identity and role, but a residual identity that remains and informs our subsequent identities. Ebaugh in her seminal work on role exit suggests that there is a sequential process that takes place leading to the exiting of one’s current role and role identity. From this she developed a typology  demonstrating that commonly role exit takes on 4 sequential stages; First Doubt, Seeking Alternatives, The Turning Point and lastly Creating the ex role.

Closer to my research subject of anarcho-punk, fellow punk scholar Alistair ‘Gords’ Gordon (u.p) has investigated exit-practicesof those involved in the DiY punk scenes in Bradford and Leeds. His ethnographic research around ‘scene exit practices’, where exit is interpreted as the opposite of authentic involvement in a scene, also brought forward a typology based around 4 common themes of scene exit; The Vanishing People, Careers and Education, Age, Children and Death and lastly Scene Issues. Whilst Ebaugh and Gordon’s work have different starting points there are a number of perceived commonalities in their typologies that point to  individual’s reasons or motivations for exiting a role and exiting the identity connected to that role.

Although there was a process of exit taking place for my participants, my larger study shows so far that my participants have in some ways remained connected to anarcho-punk through their memories but also through a number of continuing cultural and political practices that reflect the values and ideologies that they acquired from being involved with anarcho-punk in the 1970’s/80’s. Here the notion of the lasting impact of adolescence identity formation highlighted by Meus et al (1999)  and residual identity as highlighted by Ebaugh (2008) is writ large.

Whilst this was by no means a comprehensive study and I have only had the opportunity to present a few of my participants narratives, there is an indication towards a number of commonalities in their reasons for exiting the anarcho-punk subculture/scene and their anarcho-punk identity. This is for me a very early intervention into this subject area which, is somewhat seemingly uncharted territory, though there has been some excellent work done on individuals exiting street gang’s which I am yet to explore.

Gordon, A. (u.p) Get Out and Don’t Come Back. Member-Exit Practices in UK DiYPunk Culture.