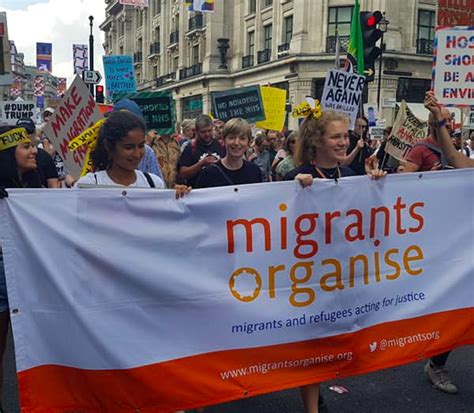 “We know of course there’s really no such thing as the ‘voiceless’. There are only the deliberately silenced, or the preferably unheard.” Arundhati Roy, 2004, Sydney Peace Prize Lecture

This statement encapsulates the “crisis of voice” in immigration discourse in the UK.

Immigrants have been systematically dehumanised and demonised by a certain section of the British press which has a hold over British politics, despite its declining power. The metaphors used to depict migrants and refugees moved from a natural disaster (floods and waves) to parasites (cockroaches, scroungers, leeches) until we ended up with the label “illegal”, and the image of a criminal lurking in the shadows. This relentless inaccurate and racist discourse has had a direct impact on people’s lives, evident in the sharp increase of reported hate attacks in recent years, but also in the systemic violence perpetuated by the state.

The current British immigration policy is called the Hostile Environment. The goal of the policy is to make the lives of – as they call them – “illegal” immigrants so difficult, that they will choose to leave. To achieve that objective, all public services, education institutions, banks, landlords, and employers have been effectively turned into immigration enforcement agents.

These, like many other aspects of the Hostile Environment, are degrading and disempowering and it is difficult to speak about them in public spaces. They are compounded by destitution, exploitation, fear of reprisals by the system, and shame.

There are of course sections of the media that are interested in human stories and facts, but all too often the agenda is set in response to some catastrophe or new government policy. Our voices are fitted in predetermined frames, and difficult experiences don’t get heard beyond a quick soundbite. We end up being one-dimensional victims.

When I say, “we”, I speak as a former refused asylum seeker, who was a journalist and who had to speak out in order to win my right to stay. I also speak as a migrant justice campaigner who spent the last two decades organising with thousands of migrants and refugees at Migrants Organise. The essential part of our organising work is lifting each other up to speak out on our own terms and in our own right. But there is a twist in this approach, too.

Although we have seen an increased demand for “lived” experiences, I have concerns about how that is framed, even when it occurs in safe spaces. Speaking out from the lived experience of the Hostile Environment never feels safe. In our charitable framework, our freedom to speak is curtailed by self-censorship and the fear that immigration, as an issue, is too political. We lack communication infrastructure to work on strategic framing in an impactful way, and more urgently we lack infrastructure and spaces for shared analysis and strategy to build alliances and actions, which should supersede the communication strategy. In other words, we are disorganised and have no power.

This is why at Migrants Organise, we opted for a deep community organising strategy of building power with people who are subject to immigration controls and with allies.

The first thing that we needed to do in order to start thinking differently about ourselves, to articulate and share our analyses of the problem and to come up with solutions, is to build trust. This is not an easy task. People who have endured decades of exclusion and discrimination cannot easily realise their power, articulate new values and language, and lead transformational movements for change.

We needed to pace ourselves, so we started the process by defining our values first, and the best way to do that was to listen. Two years of listening and organising resulted in a set of principles and demands we call the Fair Immigration Reform Movement (FIRM) Charter. To speak from our lived experiences in a meaningful way requires us to speak as part of an organised movement, not just because it is safer to do so, but because our experiences can only be heard if they are coupled with a call to action. Our stories resonate with members of our community who have had similar experiences, and that is how we bring people on board; people who are prepared to stand with us and take action in solidarity with us.

In this process, we are also redefining the idea of “welcome” as a form of  radical solidarity. That requires us to overcome the fragmentation of progressive approaches, build trust and focus on building power, through alliances, political education, and participation.

We have a rare opportunity to build on community solidarity that has emerged in the pandemic. Meaningful change is possible when we work together in an organised way.