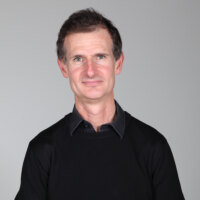 On Thursday 5 June we’re co-presenting a symposium as part of the Frontiers Festival that focuses on New York’s downtown jazz and arts scene since the late 1940s.

This event is free and features several members of BCMCR, including Tim Wall, Kirsten Forkert and me, along with experimental composer Rhys Chatham, New York drummer and percussionist WIS (AKA Warren Smith), Tony Dudley-Evans from THSH-Jazzlines and Roger Fagge from the University of Warwick. More on this soon, but in the meantime, here’s the line-up:

WIS (aka Warren Smith) in conversation with Rhys Chatham

“Jazz in Manhattan’s Lofts in the 1970s: David Murray, new jazz and its contribution to the founding of the Downtown Scene”

“The Lower East Side and the politics of real estate”

“Tim Berne: his role in the Downtown and Brooklyn scene.”

“Friends and Neighbors: living with jazz”

This event is supported by the Library of Birmingham, Birmingham Conservatoire and the Birmingham Centre for Media and Cultural Research. It forms part of the Frontiers Festival: Extraordinary Music from Downtown New York & Birmingham www.frontiersmusic.org