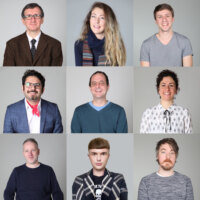 Artistic practice as an alternative to news media

Hosted by the Centre for Interdisciplinary Research and Analysis of the Media – CARISM – IFP – University of Panthéon-Assas, Paris II

Deadline for the submission of proposals: November 15, 2014

An international conference in collaboration with:

This international conference looks at the emergence of political and artistic alternatives to mainstream information such as sit-ins, graffiti, flash-mobs, occupy movements, paintings, dance, music and photography. It also questions ways that actors and artists seize media contents and environments as a modality of contestation or to give them new echoes and meanings.The analysis of these artistic and political performances entails a critical understanding of the renewed forms that now shape public debates. The recourse to alternative expressions to tell differently the news and “everyday happenings” is therefore seen as an effective way to represent society differently. These performances become one tool to resist mainstream media narratives accused of being “anonymous” and “industrial”. The artistic act thus becomes an act of resistance that can take several shapes and forms. This conference questions the permeable frontiers between art, artistic and political performances and cultural industries to better understand how these “worlds” interact with one another.

Michel de Certeau was critical of what he called the ‘recited society’, one that is defined by media stories and their continuous reiterations. ”The citation, he wrote, is the absolute weapon of the make-believe (…). It is therefore the means by which the real is established.” Both journalism and the arts represent the world in which we live. We’re witnessing within contemporary artistic practices a reflexive recycling or re-enactment of news reports, headlines and images as we know them. Media events and happenings thus become a source of critical inspiration for artists and activists who sometimes seize these documents and archives to integrate them into apparatuses of contemporary art exhibitions, contributing to a new form of aesthetic reporting. While the temporality of mainstream media is often times governed by immediacy and a constant sense of urgency, artistic and political performances slow the information down. We will aim to explore how art re-appropriate media material to freeze it, stretch it and give it a different temporality.

The rise of new information and communication technologies and new digital tools has transformed both media and artistic practices. At a time where technological innovations foster endless possibilities of creation of meaning, and where the public practices are still being configured, it is important to critically question the emerging new territories of arts and news media production.

The conference organisers are particularly interested in proposals that showcase artists’ work (including testimonies and projections).
Possible topics include but are not limited to:

Art, information and public debate
Performances, resistance, arts and politics
Art, militant performances and re-enactment
Relations and ambiguities between art and news media production
The temporalities of art, media and artistic performances
The rise of new information technologies within the context of both artistic and media practices

Proposals for 20-minute presentations should include a title, an abstract (300-500 words), the name and institutional affiliation of the presenter and a concise biography (100 words). All submissions and inquiries should be sent by November 15, 2014 to:
carism@u-paris2.fr, Katharina.Niemeyer@u-paris2.fr and/or Frederic.Lambert@semiotik.fr