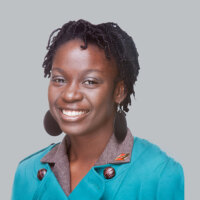 BCMCR puts on a series of research seminars throughout the year, which allow for researchers (at various levels) to discuss their published work and research in progress. In my view, these seminars provide spaces for in-depth dialogue and new ways of thinking about one’s research. At one of the BCMCR research seminars on “Cultural Ecologies: Cultural labour, consumption, and inequality” Prof Kate Oakley (University of Leeds) spoke about Culture and Inequality: tying together consumption and production. In this talk, she presented a series of remarks about this question of “what we mean by cultural inequality or what we mean by inequality in cultural terms?”

Oakley also mentioned that there’s a huge debate on whether the notion of access to something called culture is part of the problem or the degree to which culture is something we ordinarily do in ordinary life and the idea of access in itself has within it an idea of inequality. i.e. you need access to something which you clearly don’t have yourself… This aspect of the discussion on access resonated with me because of my concerns around access.

I began to think about my research on access from a community media perspective. In the case of community media, the underlying assumption of this media platform is one that  provides access to those marginalised groups within society. In doing so, community members access in other words produce and participate in communication systems that are made for and by them. Several scholars have spoken about community members having the ability to be audience members and media producers without editorial controls (see the works of Berrigan, 1979, p. 18; Jouet, 1977; Lewis, 1984; and Prehn, 1991; Lewis,1993, p.12). But my concern here is HOW do these particular community groups gain access and WHO gives access?

Some discussions on challenges to unequal access within this media context, relate to the information gap and literacy limitations (Van Dijk et al., 2012; and Treisman, 2014).  I reckon that the argument of unequal access is a much larger concern than those related to technological issues. It is my view that unequal access lies deeper than community media scholars admit based on my research into this subject matter.

Based on my research, this challenge of access within this nonmainstream media culture relates to the organic positionality of these groups. Marginalised or Vulnerable community groups naturally lack access to power, participation, finances, and so forth. Because of the disposition of these community groups access, has to be ‘activated’ by someone outside of these groups. In other words, access comes from someone who already has access or a tool that provides access.

In reflecting on the underlying theory in the community media sector i.e. “this is media for and by the people”  this logic appears to be flawed because in actuality (which is based on my case study and a review of the community media literature) community groups don’t have access on their own. Therefore, as an emerging researcher in this field, one of the important discussions to have is developing a clear understanding of what is meant by access within a community media context – and how can impact assessment inform or lead to the development of realistic approaches to production, consumption and representative forms of access within community media platforms…

You can take a look at my blog to see more about my PhD journey.