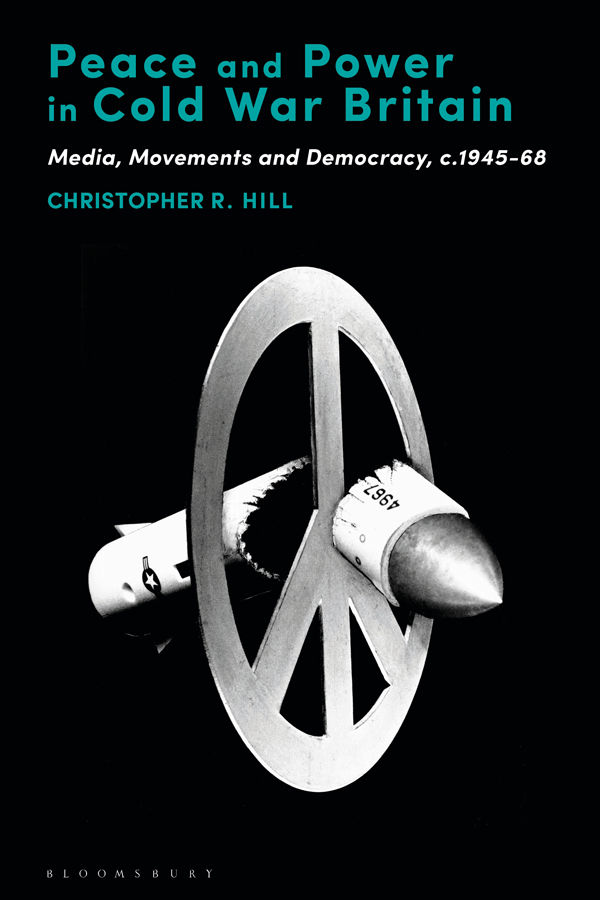 Peace and Power explores how new media have enabled and shaped participatory democracy in modern Britain, focusing on the rise of television and radical movements in the Cold War. The radical movements in question – against nuclear weapons and the Vietnam War – were both founded on the premise that the ‘ordinary citizen’ should be entitled to his or her say on issues of high politics that had tended to be the preserve of the political elite. This historic stress on participatory democracy often made ‘radicals’ figures of creative importance at times of communications upheaval and revolution. In the case of the anti-nuclear and anti-Vietnam War movements, the protests of activists and intellectuals had a significant influence over the media forms of early television, which itself was driven in parts by the sort of egalitarian ethos that tends to go hand-in-hand with new media. While this relationship between radical movements and the media enriched democratic and public life, the book does not simply offer a history of unqualified progress. It also shows how this relationship could be problematic and toxic, with the movements in question becoming more violent in response to news coverage over the course of the 1960s. This threat of violence climaxed in 1968, when ‘revolution’ served as a media discourse by which a range of social groups could contest their national and social identities in Britain at the end of empire.

“This important book reveals how radical politics and new communications technologies were deeply entangled in the history of Cold War-era Britain. Drawing on extensive original research into the anti-nuclear movement, Christopher R. Hill shows how activists reconfigured existing traditions of political protest for a mass media age. It will be of great interest to scholars in history and communications studies.” – Helen McCarthy, Reader in Modern British History, University of Cambridge, UK

“In this timely and convincing account, Christopher Hill reframes postwar political history by showing how the changing format and reach of mass communication shaped shifts in cultural authority, political strategy, political protest, and the relationship between the leaders of radical movements and ordinary participants. This book is necessary reading for anyone interested in the relationship between information ecologies and campaigns for a more egalitarian political order.” – Radhika Natarajan, Assistant Professor of History & Humanities, Reed College, USA

“Hill is particularly skilled at pulling apart careful distinctions in class dynamics … through this captivating work we see ways in which television worked to promote radicalism.” – Pick of the Month, EuropeNow