For its 15th annual edition, Cine Excess enters a new decade of the twenty-first century and considers the diverse history and growing hybridity of cult cinema and its representations. The focus of this year’s conference theme: Bodies as Battlegrounds: Disruptive Sexualities in Cult Cinema, considers the extent to which the struggle for inclusive representation by various marginalised groups is enacted through a variety of classic and contemporary cult film genres and their forms and technologies.

Keynote Alexandra Heller-Nicholas has written eight books on cult, horror, and exploitation cinema with a focus on gender politics. Her seminal publications include 1000 women in horror (BearManor Media, 2020) which maps women’s contributions to horror from 1895-2018. She has also published Rape-Revenge Films: A Critical Study (McFarland, 2011), which will celebrate its 10-year anniversary at Cine-Excess. In her keynote address, Alexandra will explore the revision of her book which now includes a new chapter on women directed rape-revenge films. Here, Alexandra rejects the idea that women-led rape-revenge narratives are purely a post #MeToo phenomenon.

The focus on disruptive cults representations considered by both keynote speakers also informs this year’s call for papers, which will consider broader issues of gender diversity, sexuality, and representations of marginalised groups as intersections embodied by the cult image. Bodies as Battlegrounds: Disruptive Sexualities in Cult Cinema also explores a range of global cinema traditions, subversive filmmakers, and performers whose work can be understood as engaging with the socio-political struggle for inclusive representation. Further topics might also consider the work of classic and contemporary marginalised and Queer filmmakers, alongside those performers whose works offer social commentary with unconventional content, while issues of diaspora, race, disability, and mental health are other key topics that will be discussed by this year’s event.

Proposals are invited for individual papers or pre-constituted panels that consider cult film case-studies within a range of differing contexts that relate to this year’s theme. However, we would particularly welcome contributions that focus on the following areas:

Over the past 15 years Cine-Excess has developed a reputation as an inclusive and safe space in which to present new work around global cult film cultures. We welcome submissions from emerging and established and scholars, activists, film makers and community groups.

A final listing of accepted presentations will be released on 27th August 2021.

Filmmakers wishing to submit short and/or feature-length films for consideration at Cine-Excess 15 should consult our Film Freeway page for further information:
https://filmfreeway.com/Cine-Excess 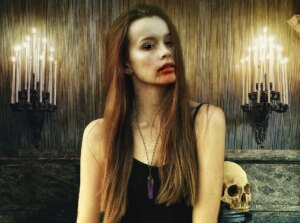