Research Podcast: An interview with the founders of The Click Club 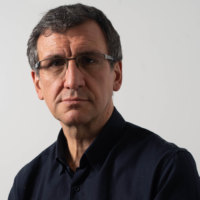 Podcast: An interview with the founders of The Click Club

An interview with Dave Travis and Steve Coxon, founders of The Click Club conducted by Paul Long and Jez Collins of Birmingham Centre for Media and Cultural Research, Birmingham City University.

This podcast accompanies the exhibition:

‘Is There Anyone Out There?’ Documenting Birmingham’s Alternative Music Scene 1986-1990

Established in 1986 by Dave Travis and Steve Coxon, The Click Club was the name of a concert venue and disco associated with Birmingham’s alternative music culture.

Located in ‘Burberries’ – a conventional nightclub site in the pre-regeneration city centre, the club showcased a wide variety of acts reflecting the varied culture of the independent and alternative sector.

While capacity was limited to a few hundred attendees on any one night, The Click Club was important locally, nationally and internationally, for the role it played as part of a touring circuit, and for distributors and retailers of independent music. As a central feature in a music scene operating on a DIY-basis, independent of major labels, at the intersection of subcultures it also had enormous cultural value for its participants.

Travis continues to be a key cultural entrepreneur. Known initially as a professional photographer, commissioned by music publications such as NME, Sounds and the local Brumbeat amongst others, he has combined his photographic work with the promotion of live music in the city.

This exhibition draws upon Travis’ personal archive of film, posters, magazines and ephemera that detail a vibrant and dynamic space and time in late 80s Birmingham.

Central to the exhibition is a set of previously unseen images taken by Travis at The Click Club, a small proportion of those produced during a professional life as a music promoter and photographer.

The exhibition draws upon first hand accounts of those who were there and includes loaned artefacts in order to contextualize The Click Club in a historical moment that remains important to its community and to the music and cultural heritage of Birmingham.

The exhibition poses a series of questions: what is the value of this material? What does it tell us beyond confirming the memories of the individuals it concerned? Does such material have wider importance and contributions to make to our understanding of the past?

Conceived and curated by scholars from the Birmingham Centre for Media and Cultural Research Paul Long, Jez Collins (founder of Birmingham Music Archive), and Sarah Raine, the exhibition develops themes from BCMCR research clusters in Popular Music Studies and History, Heritage and Archives.

While the exhibition will appeal to those who attended The Click Club as well as those curious about popular music more generally, it is aimed at a broader audience interested in history, urban life, everyday creativity and the cultural economy.

You are welcome to join us over the duration of the exhibition and we would be happy to guide you through and discuss the project with you. For more information and exhibition materials contact us directly.