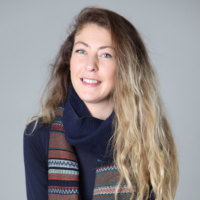 This week’s BCMCR Research Seminar began with Carolyn Down’s (Lancaster University) paper on the role of seaside gambling in the development of working-class women’s gambling. Set within the context of legislation that prohibited cash bets (and therefore working-class gambling) and social conventions of the ‘respectable’ woman, Carolyn’s research on post-war seaside towns highlighted the role of liminal holiday periods and places such as Blackpool. This ‘other world’ of suspended time and reality provided women with venues, ‘liminal’ money and a limited period within which gambling was commonplace, rather than constituting an immediate tarring of reputation. While the media and councils continued to rile against the ‘corrupting’ influence of towns such as Blackpool, women found a place within which they could experience gambling activities. Leading on from this experience, Carolyn notes that the widespread post-war introduction of bingo into holiday camp activity schedules popularised bingo amongst working-class women, eventually providing an acceptable mode of gambling.

BCU’s Alex Wade presented the findings of his (soon to be published) research into the 1980s video arcade. Alex examined the video arcade as a space for disenfranchised youth, a place within which morally questionable and hazy practices developed through the subterranean expectations and indeed spaces associated with arcades. Through the retrospective narratives of arcade veterans in Southend, Alex identified the importance of visual and aural overload, the suspension of reality, of normal expectations and rules in the pursuit of an immersive gaming experience. The deviant and experimental practices of the gamers within these liminal sites perpetuating rather than subverting the media representation of problematic youth, the emergent and hazy practices reflective of the equally emergent nature of video games during this early stage of its development.